As we’ve reported here a number of times, July-August day ahead markets in the Northeast have been extremely low over the past several years. This trend continues through July 2015.

As quoted from the NYISO’s July 2015 Market Performance report:

It is worth underscoring that July 2015 was the lowest day ahead (locational based marginal pricing – LBMP) pricing in the history of NYISO operation.

The following graph shows how day ahead (LBMP) pricing year-to-date through July 2015 compares to 2014. While there is volatility, particularly in Winter months, we are in a period of relatively low index costs. 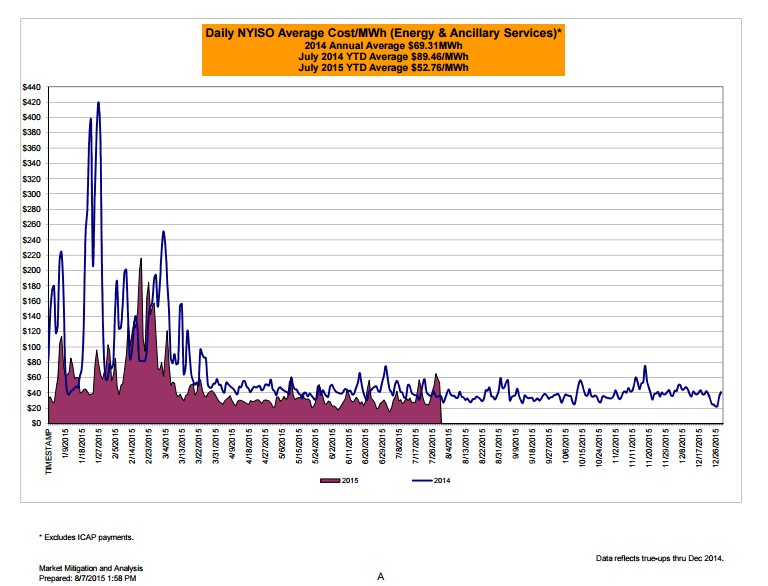 Bottom line for businesses: Day ahead and forward prices, while periodically volatile, are relatively low. Put all historical and forecast costs in context when evaluating purchasing strategies.