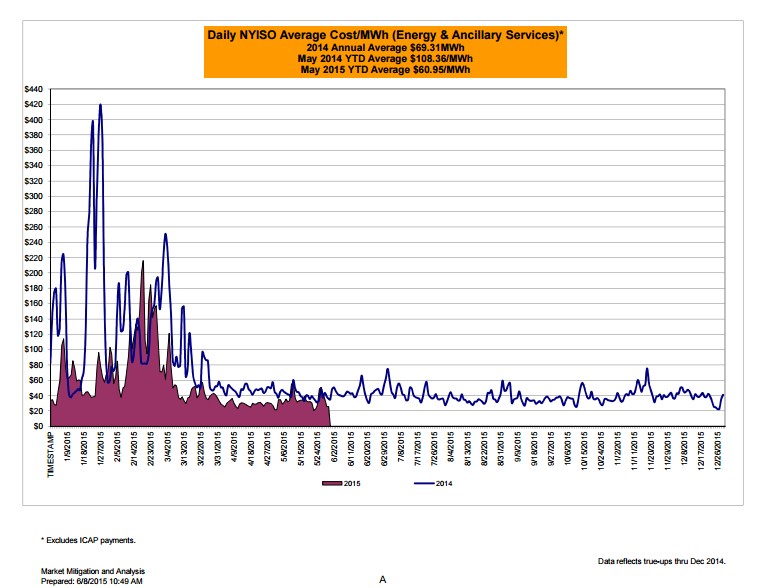 We aren’t in the business of making predictions. But we are interested in reporting on what’s happening in energy markets, and then considering what that information may hold for customers.

Since the Winter energy market spikes in January and February, markets have been relatively calm, as you can see from the NY Independent System Operator’s (NYISO) May 2015 market update. This graph shows the daily NYISO Average Cost/MWh (Energy & Ancillary Services).

The average day ahead clearing price for May was $32.98/MWh; higher than $28.35/MWh in April 2015 and lower than$40.30/MWh in May 2014. So while May clearing prices were higher than April, that is an expected result. And day ahead markets have been far less volatile this year than last year.

As the ISO reports:

Bottomline for businesses: April and May energy markets were less volatile than January and February. Daily index prices are continuing to settle lower even through the first few weeks in June. Forward energy curves are also reflecting these declines… it is early to make predictions about the Summer. If these trends continue, however, it would appear that it is likely that the summer continues to be the load peak, but not the period of peak pricing. We will explain all of these dynamics in greater detail in future posts.